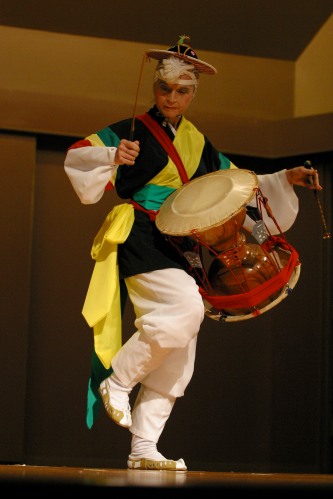 Mary Jo Freshley started her studies of Korean dance and music in 1962 with Halla Huhm at the University of Hawaii and then continued at the Halla Huhm Studio. Halla Huhm taught both dance and drumming and went back and forth to Korea many times to learn with some of the foremost teachers in Korea.

Mary Jo  started assisting at the studio in 1973-74 and took over as director after the death of Halla Huhm in 1994.

She studied in Korea for short periods of time starting in 1972 to 1995 and has participated in four Samulnori/Drum Festivals in Korea.