The Taiko Center of the Pacific Youth Group (YG) is a taiko performing group consisting of children ages 6-17. Established by Kenny and Chizuko Endo in 1994, the YG made their debut performance at the opening of the Japanese Cultural Center of Hawaii, and has since been actively performing for island festivals and special events.

Under the leadership of many fine artists, the group has developed their technique and creativity to become one of the top youth taiko ensembles in the United States. Among their many performances, they have appeared at the Neal Blaisdell Center Concert Hall as part of the Honolulu Symphony Orchestra’s educational series performances, Kobe Earthquake Relief Fund Benefit, Manoa Valley Christmas Parade, Annual Pacific Rim Children’s Chorus Festival, Honolulu Festival, and the Aloha Week Festival. In 2002, TCP Youth Group traveled to Fort Wayne Indiana to be the lead performers of the First Annual International Youth Arts Festival, give school educational demonstrations, and performed at the F.A.M.E (Foundation for Art and Music in Elementary Education) Festival. The Youth Group made a big splash at the 2003 North American Taiko Conference’s “Taiko Ten” concert in Sacramento, California. In 2004 they opened for the internationally acclaimed taiko group TAO. In 2009, the YG toured the Noto peninsula Japan in a performance and study tour. In 2013, the YG was the featured guest in Zenshin Daiko’s 5th Annual Taiko Festival on Maui. In 2015, they were the beneficiaries of a project entitled “Developing the Next Generation of Taiko Artists” sponsored by the Honolulu Mayor’s Office of Culture and the Arts. They participated in workshops led by such taiko luminaries as Shoji Kameda (On Ensemble), Masato Baba (TaikoProject, On Ensemble), Chris Shigeo Holland (Amanojaku), and Kenny Endo. They premiered two new compositions (San-Go-Nana by Kenny Endo, and “Ocean Horizons” by Masato Baba) at TEN TEN, Kenny Endo’s 40th Anniversary Celebration Concert at the Hawaii Theatre. The Youth Group is currently led by former YG member himself, Brock Asato. 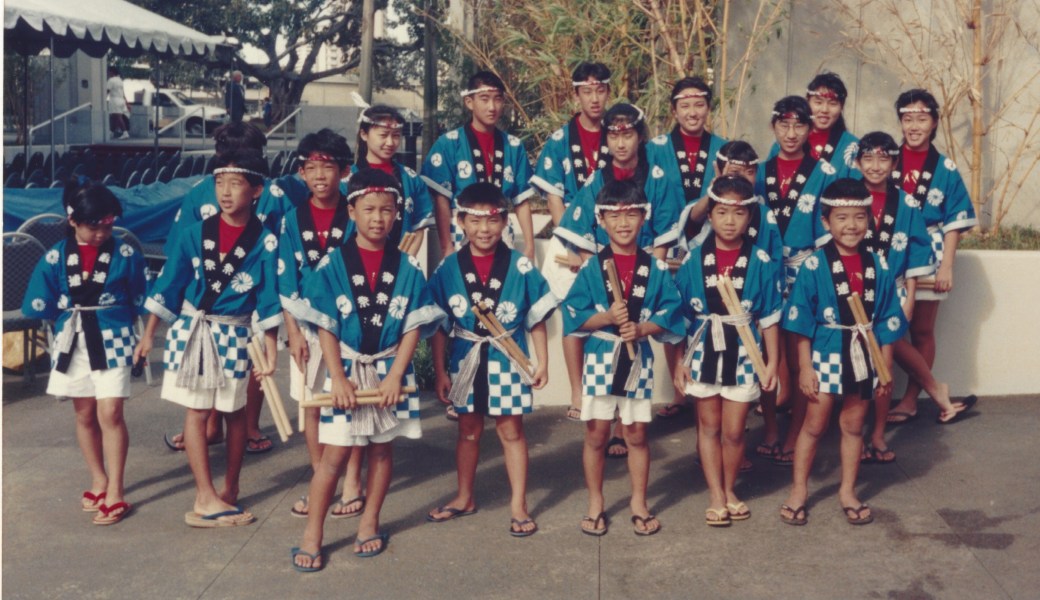